This annual event, taking place virtually this year, will bring together senior investment officials from leading pension funds, foundations and insurers in the Benelux region to discuss investing in alternative assets in a confidential environment. Over two, half-days, we will cover all things real estate, infrastructure, private equity, private debt and hedge funds, with an emphasis on break-out discussion groups on particular topics, giving investors opportunities to compare views and learn more about particular strategies and asset classes

Previous Next
How Resilient Are Alternatives Portfolios?

The programme is curated by an expert advisory board of your peers. Last year, main topics included:

To enquire about or provide insights on the 2020 Agenda, please contact Nouri Verghese.

Please watch before the event begins.

How Have Long-Term Assumptions Changed as a Result of COVID-19?

Not even the most pessimistic risk models could have predicted a global shutdown on the scale witnessed in 2020, nor the monetary and fiscal intervention that has followed. The possible long-term changes in the outlook for inflation and interest rates will have tangible consequences for alternatives and private markets investors.

Despite the fact that long and short-term impacts of the coronavirus crisis are still playing out, investors are already considering potential changes in two areas: the macro environment and its effect on deal structuring and execution.

Portfolio Post-Mortems: Assessing Vulnerabilities and Preparing for the Next Big Tail Risks

In small think tank groups, participants will have the opportunity to share their views and actively engage with peers on the findings of the prior panel.

These informal, structured discussions will give you the opportunity to share views on the extent to which you agree - or disagree - among a group of peers with similar asset class expertise.

You will also be invited to discuss additional topics of importance to you in order to collaborate on common challenges.
November 24 @ 2:35 PM
2:35 PM - 3:15 PM
Roelof-Pieter Boerma | Patrick Bronger

What Does Staying Ahead in Sustainability Mean for an Alternatives Investors Today?

In the context of this theme's agenda, this closing panel considers a final aspect of 'resilience'.

Carbon accounting has been a primary means for investors to meet their goals, in spite of the inherent difficulties in private markets and liquid alternatives relative to public market investments.

The difficulty with this panel's title is that it is harder than ever for LPs to see how underlying companies are trading in portfolios of unrealised assets in a period of relatively low trading activity. What to do 'next' seems less clear than ever, prompting many to take the safer defensive route in order to effectively manage portfolio (and career!) risk.

In small think tank groups, participants will have the opportunity to share their views and actively engage with peers.

You will also be invited to discuss additional topics of importance to you in order to collaborate on common challenges.
November 25 @ 2:30 PM
2:30 PM - 3:00 PM
Join Here

PGGM's Investment Strategy team advises institutional clients on (long-term) investment policy. As Investment Strategist I am currently covering alternative assets: Infrastructure, Private Equity and Real Estate (both listed and private). I have also covered public equity asset categories, with both passive and factor implementations.Furthermore, I have been responsible for creating sustainable and impact investing policies, such as PGGM's carbon reduction initiatives within both the passive and factor equity portfolios. For both portfolios, we've drafted a strategy that targets a 40%-50% carbon reduction with minimal impact on portfolio characteristics. Both of these strategies have been implemented and are part of the investment process. 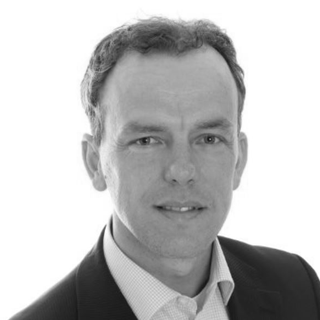 Olivier Rousseau is executive director at Fonds de Réserve pour les Retraites (FRR), French pension reserve fund, where he also chairs the asset manager selection committee. Before joining FRR in 2011, he was attached to the French Embassy in Sweden as an economic advisor, a position he took up after two years on the board of the European Bank for Reconstruction and Development. He began his career at the French Treasury, eventually joining BNP Paribas where he spent 11 years working in international banking and finance in Paris, Tokyo, London, Singapore, Hong Kong and Sydney offices. He graduated from the French National School of Administration (ENA) in 1986. He also holds a degree in political sciences and master degrees in law and economics from the University of Aix-en-Provence. 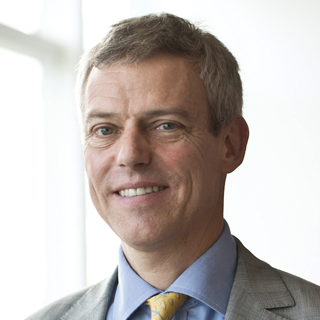 Roelof-Pieter Boerma is since 2016 Investment Strategist within Shell Asset Management (SAMCo) He started his career as a strategist at UBS Wealth Management overseeing a broad line of different asset classes. Shaping both the tactical as well as the Strategic asset allocation and structuring the suitable portfolio construction. He continued his career within PGGM at the Strategy department, focused on the long-term asset allocation of the different clients of PGGM. Roelof-Pieter has two masters in the investment field (University of Groningen and Brandeis University). 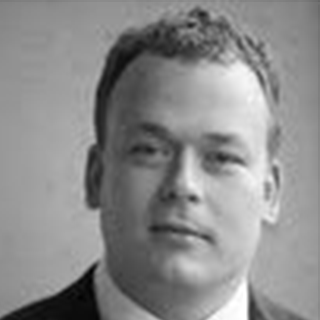 Dirk de Vlaam is a principal at DLDV Enterprises BV. DLDV connects investors and managers interested in Alternatives in ESG and Impact. Prior to that he was Managing Director at Sarona Asset Management, Branch Manager of the Dutch Branch of Franklin Templeton and Manager of Product Development at ABN AMRO Private Banking 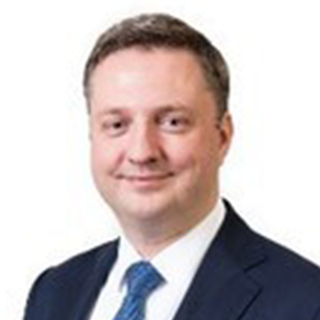 Yorick Groen is a portfolio manager at PGB Pensioendiensten since 2017 and responsible for implementing a small to mid market private equity fund program in Europe and the US. For infrastructure he manages a global value add fund program including co-investments and secondaries. Before PGB Yorick worked at MN, focusing on a portfolio of large buyout and distressed funds in developed markets. Yorick studied System Engineering and Policy Analysis at Delft University of Technology with minors in Mathematical Statistics & Finance at TU Delft and International law at Leiden University. He is a CAIA charterholder and ILPA Institute alumni. 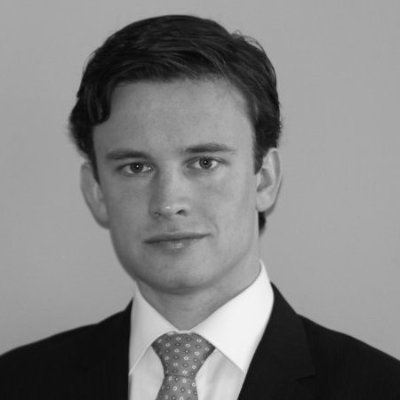 Jelena Stamenkova van Rumpt joined Anthos Fund and Asset Management (AFAM) September 2019 as a Director Responsible Investment to further develop and implement the Responsible Investment policy and approach. Before joining AFAM, Jelena led the transition work of ESG integration in the front office at PGGM across asset classes with a special focus on private equity and external management. She also wrote policy, implemented and engaged companies on the topic of Human Rights and Labour and contributed to the Dutch Pension Fund Agreement on Responsible Investment. Before PGGM she helped the RI team in Aegon create the country exclusion methodology and finished the LLM International Business Law and Globalization at Utrecht University. Jelena has an LLM International Business law and Globalization from Utrecht University Faculty of Law. Established almost 100 years ago to manage capital for the Brenninkmeijer family, AFAM has provided a comprehensive values-based asset management and investment advisory services in numerous asset classes to the family, their philanthropies and pension funds of group entities. The family chooses not to disclose AUM. 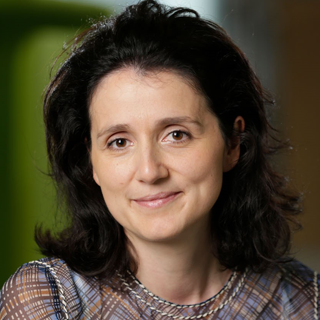 Yolande works at SPF Beheer in Utrecht, The Netherlands, looking after the Private Equity portfolio and investments. SPF Beheer is responsible for managing the assets of the Dutch Railway Pension Fund and the Pension Fund for Public Transport in The Netherlands. Yolande has worked in PE since 2009 and before that, worked in listed Equities both forSPF Beheer and other financial institutions.

Mr. van Eesteren is a member of WPM’s Management Committee and Board Member of Wilshire Associates Incorporated. He serves on WPM’s global Investment Committee and is co-responsible for the private markets activities in Europe.  He has 23 years of investment experience. Prior to joining WPM in 2001, he worked in investment banking, most recently as Vice President with ING Barings. Mr. van Eesteren was also previously with NationsBank and Bank of America in London. Mr. van Eesteren received an MSc degree in Business Administration from Erasmus University in Rotterdam. He joined Wilshire in 2001. 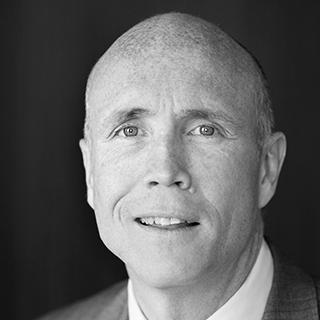 Last year, we welcomedover 30 senior investment officials from funds such as:

Participation is strictly limited to qualified executives. Once registered, a member of the Institutional Investor team will be in touch to confirm attendance. Due to capacity restraints, all registrations will be accepted on a first come first serve basis.

Your event registration has been submitted.

Thank you for registering

We have detected that you are using the Safari web browser. Unfortunately, Apple recently introduced changes to the default security settings in Safari that blocks our payment gateway. We therefore cannot process your order on-line at this time.

You now have two options:

To make a payment directly, please contact Brooke Lowenhar on +1 (732) 322-2312 or email brooke.lowenhar@iiforums.com

We have detected that you are using the Safari web browser. Unfortunately, Apple recently introduced changes to the default security settings in Safari that blocks our payment gateway. We therefore cannot process your registration on-line at this time.

Please close this window and register for the event using a different browser. We recommend Google Chrome as this is supported on all desktop and mobile devices.

If you require further information please contact Brooke Lowenhar on +1 (732) 322-2312 or email brooke.lowenhar@iiforums.com